If you plan on launching an app, one of the first decisions to make is native app vs cross-platform mobile app development. We made an extensive review of both stacks to help you choose. 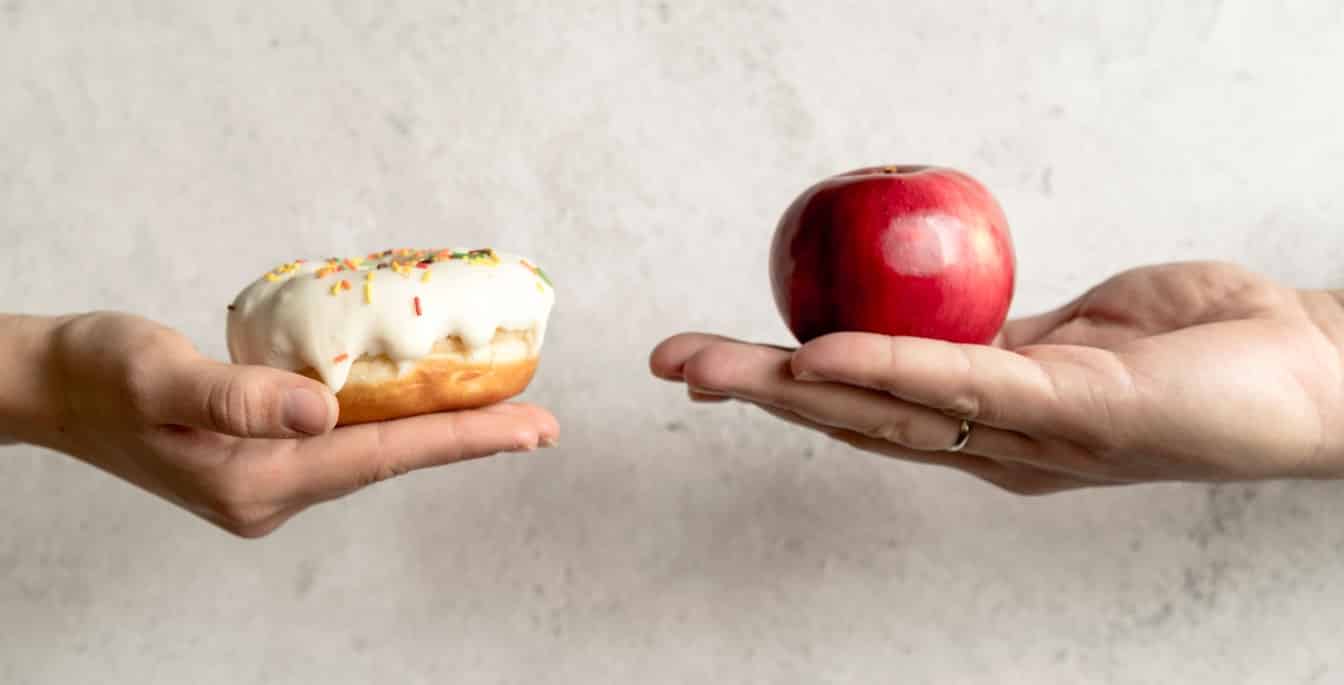 If you plan on launching an app, one of the first decisions to make is native app vs cross-platform mobile app development. We made an extensive review of both stacks to help you choose.

The sum users spent on mobile apps exceeded $50 billion in the first half of 2020. With the mobile market on the rise, business owners actively shift to digital and pursue new ideas. They have plenty of factors to consider, and tech stack is a primary concern. So, native app or cross-platform?

To choose between the two types of apps, it’s important to know your business. For example, if you intend to launch exclusively in the US, you will probably need to cover both Android and iOS platforms due to their equal share. Therefore, a cross-platform product will cost much less than two native apps.

There are many more nuances, like time, performance, functionality, maintenance, etc. We tried to gather all of them in the most comprehensive form. Here, you will find a clear-cut comparison table, pros and cons, and a “when to choose” list for each option. Let’s begin with definitions.

What is a Native app?

A native mobile app is built exclusively for a single platform (for example, only for iOS). Therefore, it fully meets the requirements of the chosen mobile operating system. More importantly, it can use all of the phone’s features, like GPS or camera.

Native apps are built with programming languages adopted to a particular platform. For example, native android applications can use Java or Kotlin, while native iOS use Swift and Objective-C.

They are known for high performance, speed, and exceptional UX. However, native apps are also costly and time-consuming. Generally, it is the best option for complicated, large-scale projects, which utilize many device features. For example, PockemonGo relies on GPS, camera, accelerometer, and AR technology. Other native apps examples include WhatsApp, Twitter, and Snapchat.

What is a Cross-platform app?

Cross-platform apps have a single codebase and can run simultaneously on multiple platforms and devices. Usually, 70-95% of code can be reused for different platforms, which makes development much faster and cheaper (you will only need one app instead of, say, two, for iOS and Android).

This is accomplished by using tools like Flutter, React Native, and Xamarin. However, little parts of code still often need to be developed natively.

Many companies favor the convenience and profitability of this approach, but of course, it comes with flaws. It can be difficult to tailor the app to various platforms at once. Performance and UI/UX can sometimes be at risk, and using hardware (microphone, camera, geolocation, etc.) is limited. However, most apps don’t need hyper-performance and sophisticated functions, and would rather enter the market quickly while saving money. 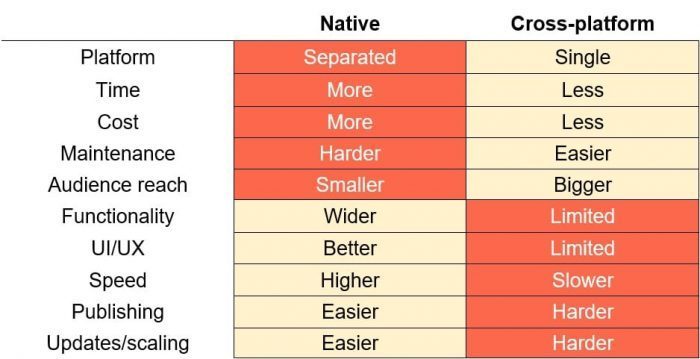 Keep in mind, that this is a simplified picture. For example, native development can be cheaper, if you only need one platform. If functionality is too complicated, many features will require native coding, so your budget will not reduce as much. Also, cross-platform apps will not always take less time, compared to the parallel development of native versions.

Let’s define specifics with this full list of pros and cons for cross-platform and native apps.

Pros & Cons of a Native App

Pros & Cons of a Cross-platform App

Hybrid apps are similar to cross-platform but have more limitations in access to device and platform features.

PWA (Progressive Web App) isn’t a real app but a web page that can act as a versatile application.

No-Code tools for mobile application development – SaaS products to help anyone build an app, but of course, with limits.

There is no universal answer when choosing between cross-platform and native apps. Yes, some app development companies specialize in native apps and will stress their superiority. Similarly, others will argue that a cross-platform approach will save you from unnecessary expenses.

The truth is, different apps have different requirements, and you should only choose what’s the best for your business. We hope this article helped you navigate this complex topic. If you have any questions left, let us assess your project, for free. Web Solution Trends in the HoReCa Niche in 2022 🥗 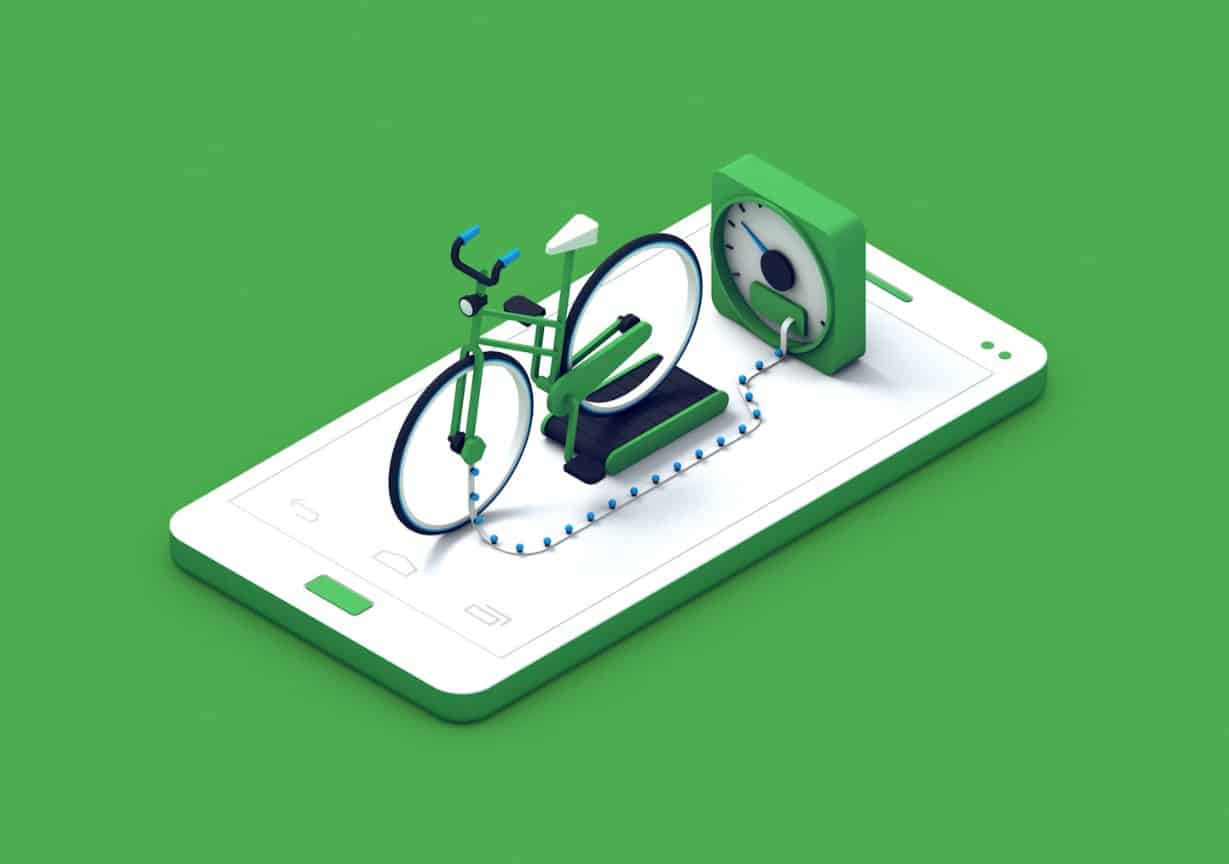 What is a useful mobile application for car services? 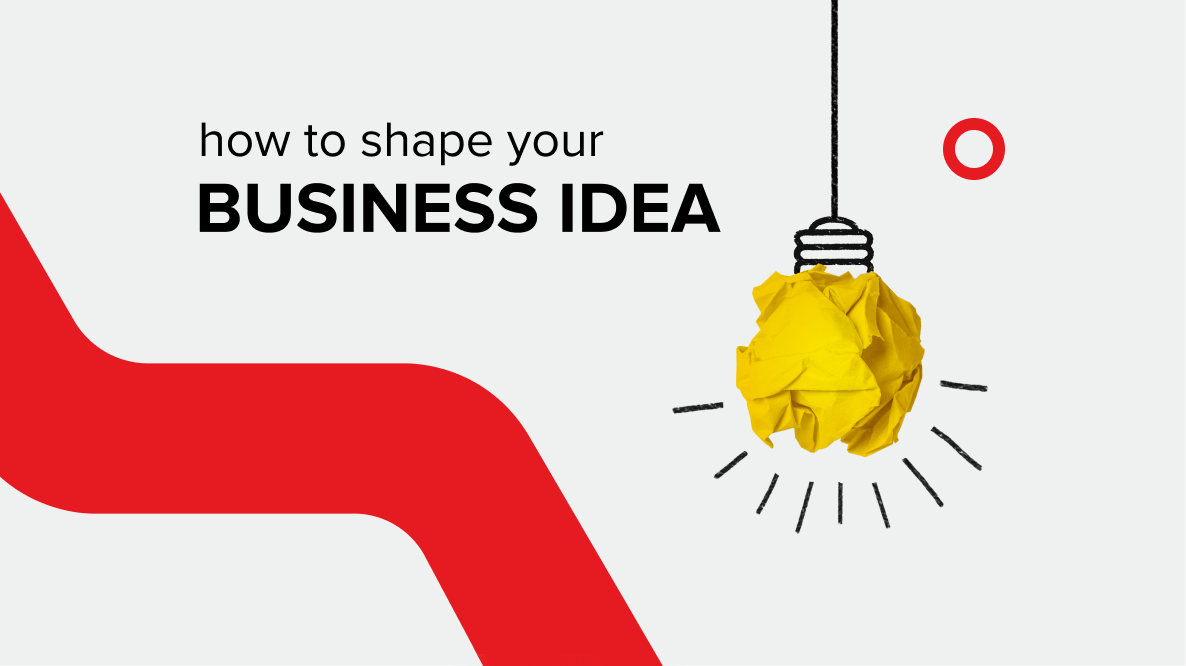 How to Shape Your Business Idea with a Discovery Phase 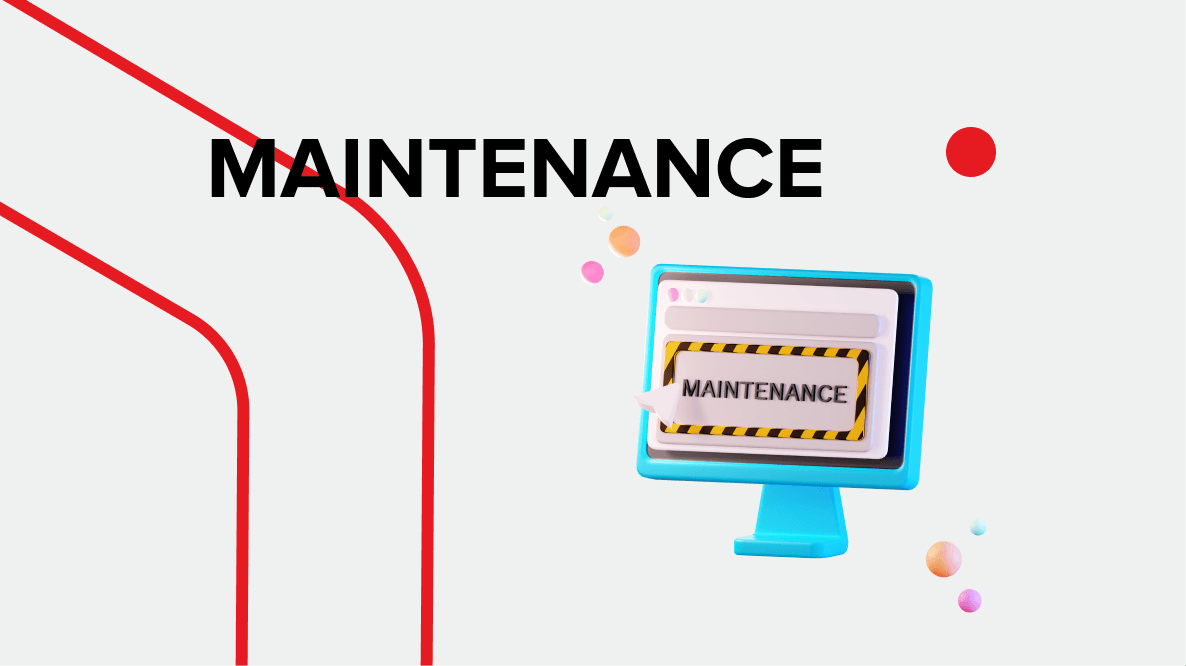 What is Azure Mobile Service and How does it work with NodeJS applications? How to Build an Educational Platform like Udemy, Coursera, and MasterClass