We use cookies to provide a great user experience for you. By using the website of Triare, you accept our use of cookies.
Got it
Tech, Business
0 min read

The Road to Success: 5 Most Popular Mobile Apps for 2020 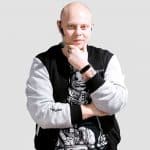 Apps have been a driver for innovation for quite a few years now, having changed our lives drastically. Hundreds of thousands of new applications are released each month, but only a tiny fraction of them makes it to the top. In this article, we showcase the unseen dedication and personal recipe for success by the founders of the most popular mobile applications.

Yes, TikTok has been the mobile application icon. It allows users to create and share short videos easily while its hypnotic algorithm glues users to the screen via a customized Discovery feed. Marketers also join the craze as the “tiktok money calculator” search shows. TikTok is owned by the Chinese firm ByteDance, but the story is quite intriguing.

It was the Shanghai-based Musical.ly in the past, and had been gaining traction abroad as a “lip-synching app for pop songs.” Another brilliant Chinese startup called ByteDance launched a copycat for Musical.ly – Douyin. By August 2017, it had over 1 billion views per day so the company decided to buy Musical.ly  and merge the two. The app leverages AI to create a personalized feed for different consumers and has managed to make a download time really fast. TikTok analytics is proof of that. 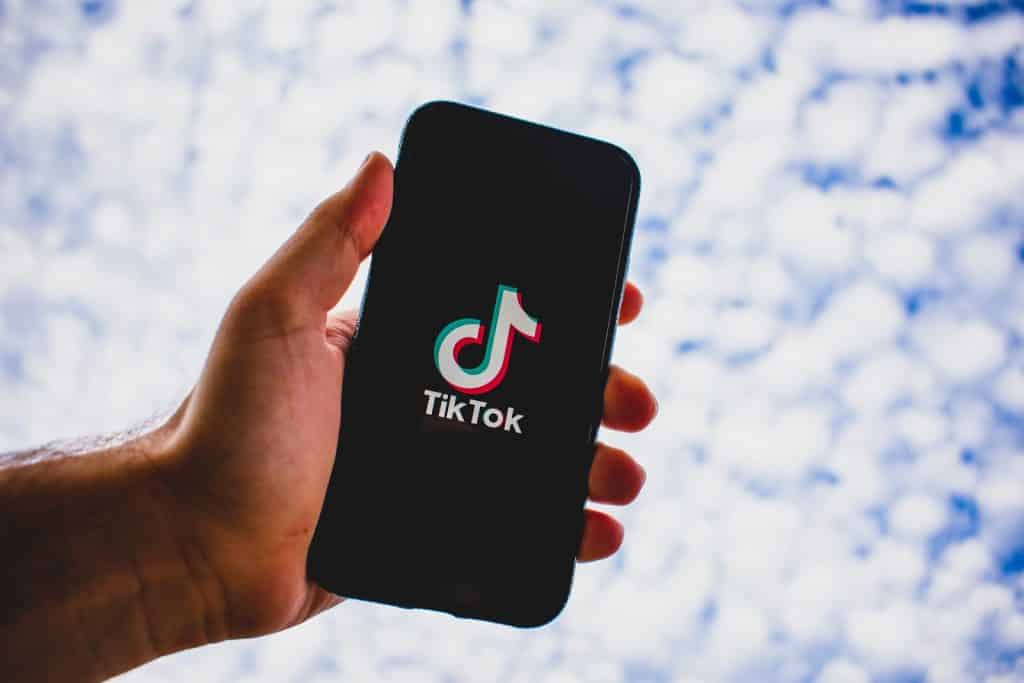 The new TikTok brand has grown twice more than in the previous year. Users enjoy making creative videos set to music, starting and following viral challenges, and watching clever illusions made with editing, even via the TikTok browser. ByteDance itself became the most valuable private company at a $78 billion valuation.

Notably, its cofounder and co-CEO Alex Zhu envisioned a very different concept from the start. The idea for a now-legendary app was a desperate pivot from an education app Cicada where creators would explain a subject in three- to five-minute videos. In fact, “it was doomed for failure” as Zhu explained in his interview. Nevertheless, even later some  investors turned down the deal due to the lack of understanding for his new startup: will the growth continue, or is it just a fad?

Tik Tok apk: Kotlin for Android app and Swift for iOS. The backend was developed on Node.js, and the cloud environment is powered by Amazon Web Services.
What to learn from founders: make a pivot in time and find the right investor.

Zoom client is the app that many of us have tried for the first time due to lockdown ranks second in the overall downloads (both iOS and Android). Moreover, it was the first most installed app in the Apple Store. With almost 95 million downloads, Zoom meetings are the most popular app for online conferences and classrooms. No wonder: the platform offers high quality calls with a possibility to record sessions (Zoom recorder), share screens, schedule meetings, and collaborate easily (Zoom rooms), among other Zoom benefits.

Also, a legal Zoom creator Eric Yuan has a beautiful story to tell. In the spirit of The Pursuit of Happyness movie, Eric applied for an American visa 9 times before moving from China to start working in the United States. He then joined Webex which was acquired by Cisco. At that time, Eric developed the concept of a video conferencing system adapted for smartphones. When the management rejected it, he left Cisco and launched Zoom. Today, his fortune is estimated to be $22 billion.

Zoom tech stack: HTML5/CSS3, JavaScript, .NET, Objective-C, C++, C# and Java for web, Android, and iOS apps.
What to learn from the founder: fight for your dream and believe in your idea.

The world’s most popular social app messenger has earned its rightful place in the top three. Facebook is consistently used for personal and business communication across major platforms. The app has more than 5 billion downloads just on Google Play. It includes all the features of the desktop version except for messaging. A companion app called Facebook Messenger was developed exceptionally for that purpose, and it also ranks among the most popular apps.

But it wasn’t an overnight success (well, except for the Facemash that its founder Mark Zuckerberg developed for the sake of fun). To gain popularity, Mark and his fellow developers focused on university campuses starting with their alma mater – Harvard University. In the beginning, only Ivy League colleges could join. When the team moved to Palo Alto, college students from Western states registered on the site too. Later, countries like Canada and the UK followed. Only after that Facebook became available (and interesting) to a wider audience, also expanding into the domain of enterprise mobile applications. 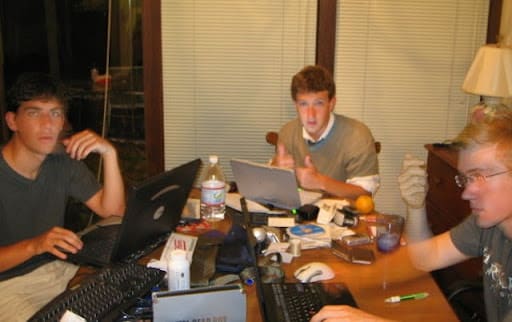 With more than 5 billion installs on Android, the most popular instant messenger was ranked fourth in overall downloads. WhatsApp has long ago become a global norm. People keep choosing it for the ease of use and high quality of chats, calls, and video calls with the support of international phone networks.

Jan Koum, the founder, bought an iPhone in January 2009. He immediately realized that a novel App Store was going to emerge into the entire app industry. WhatsApp (though sounding like a common phrase “What’s up?”) wasn’t popular at the start. However, when Apple added push notification to apps in June that year, Koum switched his app to “ping” users when they received a message. It became a messaging tool that replaced SMS and was equally simple.

WhatsApp messenger gained a large user base. Later, Koum’s friend and colleague Brian Acton joined the company. He received a co-founder status after managing to attract $250,000 in seed funding. Facebook acquired WhatsApp for $19 billion only five years later. Today, Koum’s project has the largest share among all messaging and social apps globally (180 out of 193 countries). One of the reasons for that is end-to-end encryption, which allows extra security.

WhatsApp tech stack: Erlang, FreeBSD, YAWS, Lighttpd, and PHP.
What to learn from founders: make a product as simple as SMS.

Instagram rounds out the top five of the most popular apps in all categories. Billion+ monthly active users make it even a more significant social media player than Facebook and Twitter. (Notably, it belongs to Facebook since 2012). People enjoy Instagram as an easy way to share images and videos. Such features as square image format, filters, stories, highlights, and reels make this social media unique and memorable. It is also very popular among digital marketers due to special tools and high performance. During the lockdown, Instagram has become a great support for the dropshipping business. 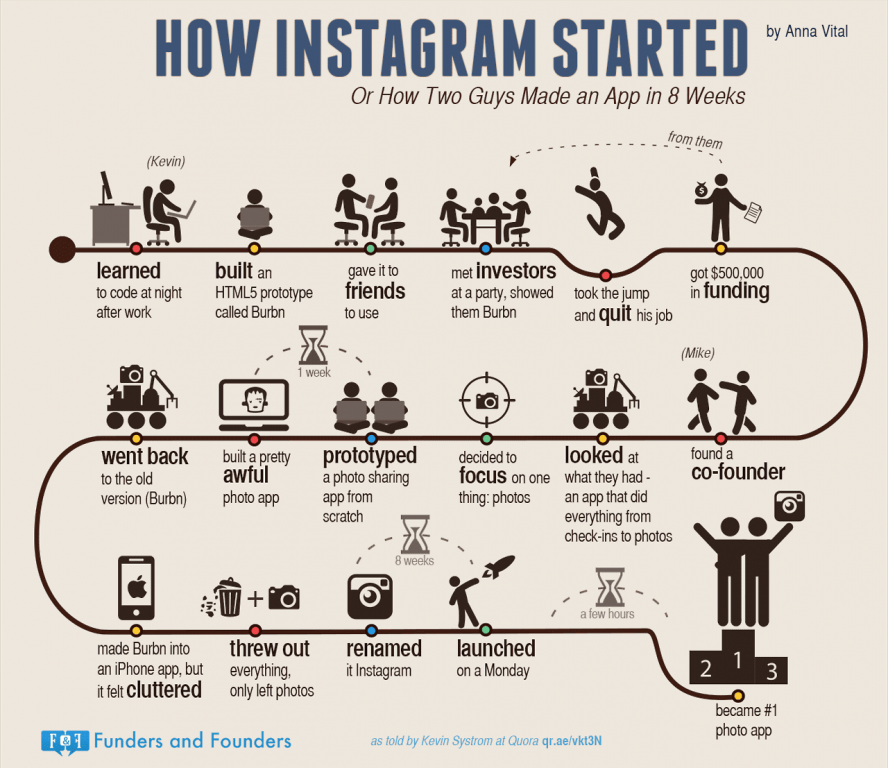 However, not everyone knows or remembers the founding story of this app. Kevin Systrom and Mike Krieger built it in 2012 after back and forth with an original Burbn app. At that time, photo sharing apps were surging in popularity. But Kevin and Mike focused on a single killer feature which was filters that turned even a terrible photo into a digital piece of art.

The founders had to give up all other benefits and added those only later when users started to associate Instagram with square image format and filters. Today, there are such features as stories, highlights, and reels that make this social media unique and memorable.

The global lockdown had a significant impact on the app industry. It amplified the trend toward social media and communication tools. So far, the use of various types of mobile applications has drastically increased. One question is, what does the future of mobile apps hold for us in 2020 and beyond? Another one is, what are you ready for to make your app a reality that over a billion people would enjoy. 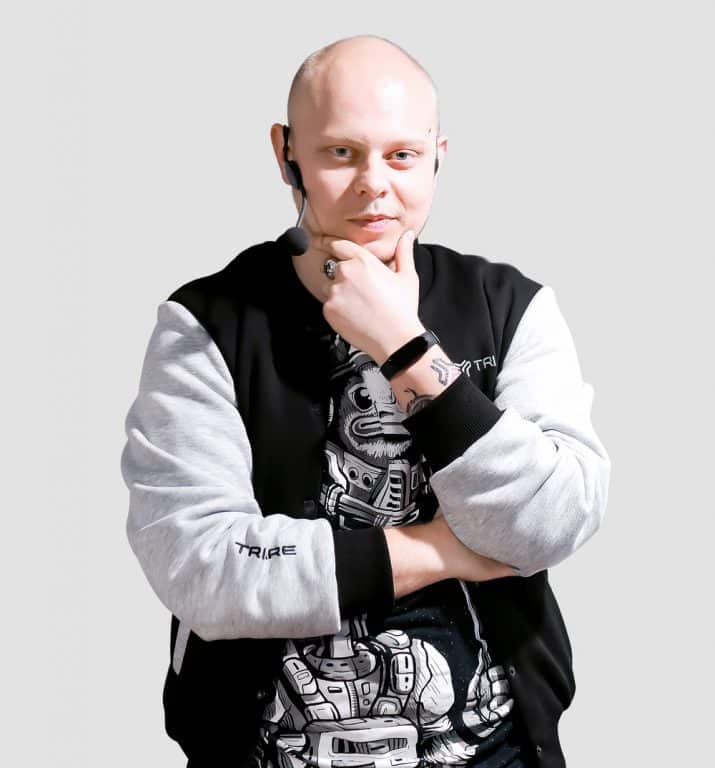 How to monetize mobile apps?

Trends in UX/UI Web Design for 2020: Choosing the Right Vector

As the weekly countdown for 2020 has begun, we decided to gather the most promising web design trends for the upcoming year.
Development, Business · 08 Jun 2021

How We Develop Delivery App. A Step-by-Step Guide for Business Owners

Follow the specific steps, discover the main features, and get the estimates in the article.